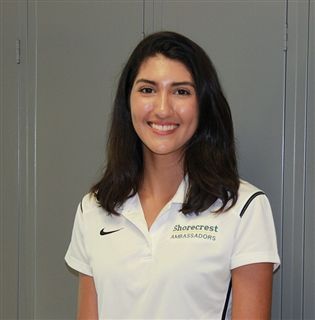 When asked to describe her earliest memories of Shorecrest, Adrianna is quick to respond. "I came to Shorecrest in fifth grade, and even though Shorecrest is pretty small, it was HUGE compared to my last school. I remember everyone here being so, so nice to me on that first day of school and being so welcoming." She smiles, "I had at least five different people come up to me and ask if I wanted to sit with them, which took so much stress off of the first day." Little did Adrianna know that in just a few years, she would help launch the Student Ambassador program, spearheading outreach to new and prospective students, helping to welcome others into the Shorecrest community in the same way she was welcomed on that first day nearly eight years ago.


While she may not be the loudest student in a room, Adrianna's poise, gentle smile and warm, thoughtful conversation have a way of pulling in those around her. "When I walk into a room I love finding people to talk to," she says. "My mom works in television and she never wanted me to be nervous. So as a kid, she would have me do these little speaking games and she would quiz me while we were in the car or sitting at a restaurant table. She never wanted me to be afraid to answer questions or hold a conversation!"


This skill has served Adrianna well, giving her the confidence to give campus tours or sit on a panel for prospective students and their families. "When I first heard about the newly created Student Ambassador program, I knew I wanted to be a part of it!" The Student Ambassador application process had an interview component, which was a little outside Adrianna's comfort zone, but she knew it would be a great learning experience. "I just love Shorecrest and I love public speaking, and I just thought being a Student Ambassador would be a great opportunity to work on those skills and talk about all the reasons I love our school!" Adrianna was selected for the program in its inaugural year, and has not only been a wonderful Ambassador, but she has also served as an excellent role model for younger Ambassadors. 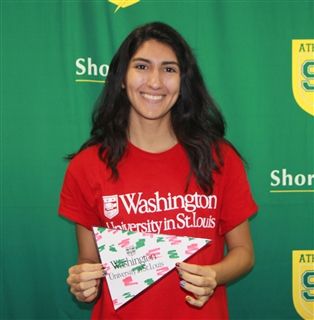 Of course, Adrianna is no stranger to pushing herself outside her comfort zone. As a sixth grader, Adrianna decided to try out for the golf team--one of the only girls to do so. "I had never played before, and I was really awful, but I just decided to go for it. I didn't even tell my parents I was trying out!" She made the golf team, but those early days weren't pretty. "Coach Every let me on the team as an extra player even though I was getting maximum scores." Thank goodness he did! "I fell in love with golf, and I've been playing ever since! Without the opportunity Coach Every gave me I never would have continued on. I would have been discouraged, but instead it was a great forum to learn how to play!"


Adrianna has been a member of the Shorecrest golf team for the past seven years. During four of those seven years, she has been the lone female team member. Adrianna has steadily improved throughout the years, earning top three in districts and a spot in the regional tournament all four years of high school, as well as being named the Tampa Bay Times Honorable Mention Female Golfer of the Year one year. "I really love golf. I love the sport, and I just love being on the team!" Adrianna hopes to continue her golf career in college either on the intramural squad or as a walk-on to her university's team.


The focus that kept Adrianna on the golf course in those Middle School days also drives her success in the classroom. Even when things don't come naturally to her at first, Adrianna's ability to stay the course until she masters the skill or understands the material is something that is admired by both her peers and her teachers. One teacher put it plainly, "Students like Adrianna are one of the main reasons I am a teacher. Helping an invested student reach their potential is an amazing experience."


And this drive is one of the reasons that her classmates and teachers have no doubt that she will be successful in whatever she pursues. "My dream job would be to work at CNBC," she says. "I really like business and analyzing the stock market, but I'm also a really social person, so if I could have some kind of public speaking job within the field of finance and investment, I would just love that." 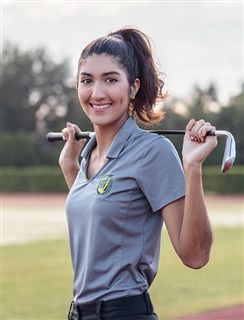 The first step to achieving her dream is to head to Washington University in St. Louis this fall. She hopes to major in finance and journalism--and she couldn't be more thrilled. "I'm going to be the absolute happiest that I could be in college. I'm really excited to try something new."


But like many of life's transitions, this one is a bit bittersweet. Adrianna has a very tight-knit group of friends at Shorecrest, and while she has no doubt they'll remain close long after they leave the familiarity of campus, she admits that it will be sad to not see them every day. "There are also some faculty members who have been a huge part of my life these past few years," she says. "Mr. Seymour has been that faculty member whose room I could always go to. It was in his classroom where my friends and I could go to have really deep conversations or we could be funny and just talk about nothing. He's been a big part of my high school career."


Although she's more than ready to leave Landy Hall and head off to new adventures, Adrianna pauses to reflect. "I really just can't believe the time to leave Shorecrest is already here. I feel like I just got here!"