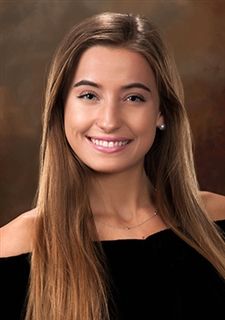 If Juliette Shelton has her way, women in STEM fields will no longer be the exception, but will become the rule. After rigorous coursework at Shorecrest in both the Center for Medical Sciences and Computer Science tracks, the Class of 2018 graduate will matriculate to Georgia Tech to study computer science engineering with a biomedical concentration.


"I would like to program medical technologies. . . from malaria maps to robotic prosthetics," she lists excitedly.


Georgia Tech is a natural next step for the dedicated programmer who has spent her high school summers at specialized STEM academies at top schools across the country, including UC Berkeley's National Forum for Technology & Science, Notre Dame's Intro to Engineering Program and an iOS app Development/Entrepreneurship Pre-College Program at Harvard.


Juliette's interest in engineering is directly tied to her passion for service, more specifically, to the service of the people of La Gonave, Haiti. Over the last four years she has visited the community seven times working to build schools, create clean water systems, and enhance agricultural infrastructure with Youth Partners with Haiti, an organization she helped found.


"My church’s [St. Paul's Catholic Church] organization, Partners with Haiti does work with our twin parish St. Isidore," Juliette explains. After her first life-changing trip in 2014, she and a handful of her fellow travelers launched the student-run offshoot.


"I noticed how hard they work for everything - there are no luxuries, not even basic things like water, education, or even clothes. However, despite the poverty, they seem happy and were very respectful to their elders, to small children, and to God."

As President of the organization, Juliette worked tirelessly to grow its footprint in the Tampa Bay Area and beyond, bringing more than 10 schools into the fold. Together the students fundraise, plan service trips and projects, and build awareness of and interest in the cause. Juliette even created a Shorecrest trip to Haiti during Service Week her junior year.

Tom Dillow, Shorecrest Head of Upper School recalls, "In Haiti, we all leaned heavily on Juliette. As a leader, she is thoughtful, patient and empathetic and leads by example. When we were painting the parish school with the Haitian students and a few members of our group seemed to be losing steam, it was Juliette who got them going again, mostly by encouraging them to 'keep at it' and by doubling her efforts. They followed her lead." 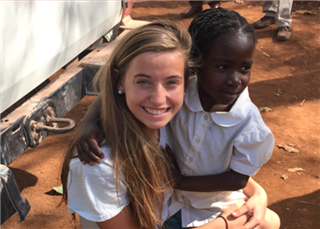 Leadership is a recurring theme in conversations about Juliette. Richard Perrine, her former programming teacher, recalls a group project. "Her leadership, organization and understanding of interpersonal dynamics and willingness to seek advice and instruction helped her to direct a team of three to four young men to the successful development of the software."


A participant of the HOBY Youth Leadership Program, Juliette has represented her class on Student Council throughout high school and served as Shorecrest Student Council President her senior year.


Just as Juliette brought Youth Partners with Haiti to Shorecrest, she intends to bring the program to Georgia Tech. "I've been in touch with students and faculty on campus to learn about the possibilities for expanding my mission to Haiti.”


With each success - like admission to a top 5 engineering school - Juliette tends to push herself just a bit harder. She credits many of her Shorecrest teachers for their persistence in building hers.


"Ms. [Jessica] Thorn is, in my experience, the best teacher at Shorecrest. She's so invested. She kept challenging me. She'd adapt course material if she thought I could do more advanced work."


"I had Doc for AP Language & Composition," she says. "I'd go back for rewrites, stay after. He helped me grow tremendously as a writer."


Juliette is quick to acknowledge the necessity of strong writing skills. "It doesn't matter what program you create or device you develop," she continues. "If you cannot communicate your ideas to people, success is much harder to achieve." 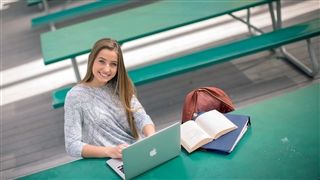 But as seriously as she takes her studies, Juliette takes herself far less so. Just ask her about her stint as a Charger Cheerleader.


"My friends Breck and Kim cheered all through school," she laughs. "They convinced Hannah and me to do it senior year. I did it for fun, but… I was just really bad. I mean, it was so much fun! But the dancing and stuff, I was so bad…"


Although Juliette remembers the dancing as sub-par, the experience as a cheerleader helped break the ice with one of the college admissions reps who came to visit Shorecrest, who also happened to be a cheerleader. "We found we had that in common and it opened up our conversation really well!"


In discussing the college admissions process, it's clear those on-campus meetings stand out in Juliette's mind. "Meetings count. Take those meetings seriously and think about how you want to present yourself. If you're really interested in doing something, speak up."


Speaking up is what drives Juliette, whether it's advocating for the citizens in La Gonave, Haiti, or for women in STEM fields, she's determined to make a difference.


"It is important to increase the representation of women in these crucial decision-making STEM fields."


If Juliette's high school career is any foreshadowing, she won't just have a seat at the table, she'll be at the head of it.