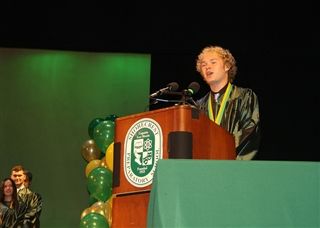 Laszlo Leedy lived in France the summer after his sophomore year of high school. “It was a good experience because it proved to me I can live on my own just fine. I can get up when I need to get up to be at work on time. I’ll be able to buy my own food and wash my sheets.”


And so it goes for Laszlo. He has an experience, he usually enjoys the experience, he learns from the experience, he jokingly reflects on it to those who will listen, and he applies what he learned. In everything from camping in the snow during Service Week, to performing on stage in Middle School, to applying to college, a similar pattern emerges for this smart teen who feels ready to take on the world - even if it means speaking a foreign language.


“My good friend Joel Halttunen was at Shorecrest for two years in Lower School. He lives in Finland, but his dad has a company with a base of operations in France. Joel was going to go up there for the summer and was asked if he wanted to bring a friend and he chose me. We worked at his father’s company for one month in France. We had dorms rented out for us on a college campus. It was really cool because we lived by ourselves for a MONTH in FRANCE.” Laszlo emphasizes.


Although he enjoyed the opportunity to be on his own, deep down Laszlo is a team player. He started Shorecrest as a three-year-old Alpha student, and sees his class as his first team. “I am a lifer in the true sense of the term - I’ve been at Shorecrest for 15 years of my life. It’s pretty crazy going to the same school for 15 years because there are people I’ve known for all 15 years. It’s been neat seeing everybody grow up with me.”


Sometimes when you spend your whole life at the same school, you need to find unique ways to learn about the world, like summers working in France, but sometimes it happens right under your nose.


“I had Mr. Seymour as my tenth grade English teacher for Honors English and senior year for Critical Approaches to Literature. He ended up redefining what we thought of as English class. We looked at ways to approach literature, not just summary and analysis, but through a psychoanalytical lens, or a Marxist lens, or a feminist lens… It was cool learning about all that as well as putting it to use in writing. An entire class focused around looking at literature in a way that most people don’t was a really neat thing. Changing the way I looked at reading is, I’d say, a pretty big thing.”


Next year Laszlo will be attending Fordham University in The Bronx, NY, where he was accepted Early Decision as a computer science major. “The first 2 years at Fordham are basically just core curriculum, no matter what major you pick,” Laszlo explains. “I chose Fordham because I really liked its location, it has a 5-year masters program for computer science, I liked the people, I liked the teaching style, it’s away from Florida - but a reasonable distance. Everything kind of looked perfect for Fordham.” 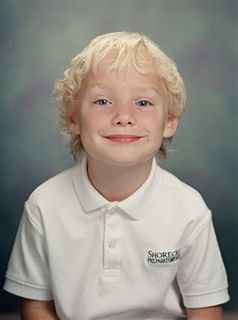 Obviously, moving from St. Pete to NYC introduces students to something else - snow. Laszlo got his first taste of camping in snow through Upper School Service Week, one of his favorite Shorecrest traditions. The Great Smoky Mountains National Park trip is designed to give 11 boys in the senior class an opportunity to camp in the National Park and assist the National Park Maintenance Staff in the opening of Elkmont Campground for the year. The trip is a high school highlight of Laszlo’s.


“It was just a different world. I had never been camping before, and camping in the snow was an interesting thing. We had our fair share of problems we had to solve, but It was a lot of fun. It definitely helped that I was with a bunch of my close friends, it also was cool because I hung out with people who I don’t normally hang out with.”


Part of Laszlo’s team for that trip were Headmaster Mike Murphy and Upper School Science Teacher Erich Schneider. “I’ve talked to Mr. Murphy before of course, because I’ve been here for a really long time, so I know him as the Headmaster, but I don’t know him as the outdoors guy who can sprint up the trails. And then Mr. Schneider being not just the chemistry teacher, but being a person - it’s cool interacting with your teachers as actual people, especially the Headmaster.”


Another experience that taught Laszlo about being a team player, the one he is most well known for, was Upper School Robotics. “‘Intro to computer science and engineering’ was the only technology class available to freshmen in my freshman year. For about half the year we did programming with Java, and for the other half of the year we worked with VEX robotics, the same robots we use for competition.”


Work from his class began to overlap with Shorecrest’s competitive robotics team, and Laszlo joined the team the following year. After he learned every aspect of the robots and competitions, he captained the team his senior year.


The “Tampa Bay Times” caught on to Laszlo’s ability to lead a team and address a crowd last summer when they featured a photo of him participating in Exploratory Lab Boot Camp, a program for college students and high school juniors and seniors to discover career options while learning new tech skills from an international company. They learned about the Internet of Things (IoT) market, designed an IoT product, and pitched it to business leaders.


“There were only three high schoolers there including me,” Laszlo elaborated, ”and I was the youngest one, I was the only junior. The rest were college students. At my age, age is like a rank, but we were all just kind of equals, and we all had our own ideas and we were all working together.”


After the team pooled together their ideas and discussed the pros and cons of each, they settled on a concept Laszlo had - a safety device for bicycles. “I had been almost hit - or hit - by a car at least three times in the three years I had been biking to school. We did some research and found that Florida has the #1 bike / pedestrian fatality rate for the entire country, by far. Our idea was that you have a device you attach to your bike, and a device in cars. When the car gets close to the bike, it will alert the driver that there’s a bike.” 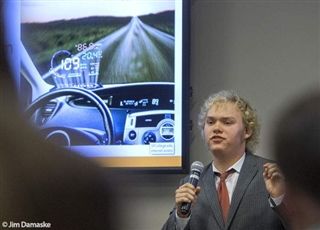 Although Laszlo could conceive of how the product might work, he had no business background. “I knew exactly what I was talking about when it came to the tech stuff, so I did all the tech stuff. Some people were working on marketing, two people were talking about how much it would cost. It was really cool working with a bunch of people who were so different.”


Once again, Laszlo recognized the benefit he had as part of a team. “I did a lot of work, but it was really a team effort. I couldn't have done it on my own in a million years, but they couldn’t have done it without me. Everyone was an important part of the machine. And we learned you don’t have to be good at tech stuff to work at a tech company. They need all sorts of people.”


One teacher, when writing a college recommendation letter about Laszlo, said it best. “He has demonstrated a commitment to learning, whether it’s designing a program, collaborating with others, or teaching himself more advanced programming skills. Laszlo's endless curiosity, combined with his willingness to take risks, lead me to believe there is little that Laszlo is not capable of achieving when he is fully committed.”