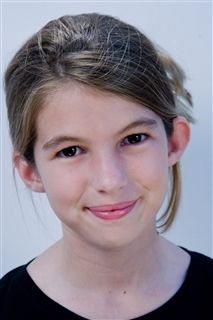 During Service Week 2016, a group of Upper School Chargers visited a school in a small, coastal village in Cuba. Julia Saunders and others worked with young students to educate them about environmental issues, such as pollution. Julia took it upon herself to bring the little girls sparkly hair bows and headbands. She wanted them to feel pretty and valued. At the end of the day, those same little girls repaid Julia when they took her by the hand and led her to a beautiful cove with clear, blue water. Julia jumped in with the girls, fully clothed, screaming with excitement.


This is a snapshot of Julia Saunders - happy in the role of either leader or friend, she is outgoing and friendly, the perfect Student Ambassador for greeting new people and giving tours of our beautiful campus. “It’s fun to be an Ambassador because I can tell everybody my unique experience of how I came to Shorecrest when I was three and then left because I wanted a change. I wasn’t here for two years of high school. I came back because I realized there really isn’t a better place than Shorecrest.”


Julia didn’t stop at guiding just people around campus, she has also raised several service dogs that she brought to school with her as well. Her continued involvement with the program through her high school years has made her a five time Presidential Service Award winner.


In eighth grade, every Shorecrest student is challenged to pick a topic they are interested in and immerse themselves in it for a personal Passion Project.  “My mom’s friend raised guide dogs, and I wanted to also. I started raising guide dogs for my Passion Project, and I brought Sarah, my first dog, to school with me every Thursday. She made it through the Southeastern Guide Dogs program to become a guide dog. She’s been the most successful dog I’ve raised so far,” says Julia proudly.

She continues, “The Shorecrest community let me bring her and they were so supportive and let everybody learn about it. Once I told them the purpose, they were all for it. In high school I brought other dogs I was raising, and they were so accepting. It’s been a really good experience for me and for my peers, so they can all see how it works. It shows that Shorecrest really does care about your service.” 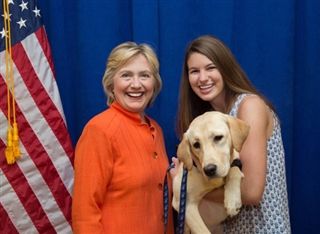 If you’ve met Julia even for a moment, you know that she is extremely interested in politics, and her latest puppy is named Hillary. The pair got to meet her political namesake a few times in the past year, when Julia interned as Communications Coordinator for the Florida for Hillary campaign office.


“That was the coolest thing I’ve ever done,” Julia gushes. “It’s been a highlight of my life. I met so many people who were so cool and who will be good people to know in the future. I have definitely grown up from that. I was around adults all day in an office doing intense work that I didn’t know that much about, that I had to learn about right there while I was on the job. I think that was really my transition into adulthood - working on the campaign.”


Julia, who was the first intern hired for the Florida campaign, recognizes that not many 17-year-olds would have the chance or the aptitude to take on a challenge of that nature. “I couldn’t even vote, so I felt like I had to do my part by influencing people and campaigning. I did a lot of media work. I ran the Twitter account for Hillary for Florida sometimes. I had to organize news clippings. My job at rallies was to interview people and check in the press. I got to meet a lot of the press people behind the scenes, and that’s something I might want to do.”


As a result, Julia knows how to manage her time, set priorities, network and meet deadlines. Despite those skills, she was slightly floundering when deciding where to go to college.


“I cannot believe how helpful the Shorecrest College Center was. I didn’t really know what I wanted. I thought I’d be at a small liberal arts college in the south. When I started working for the campaign, I realized there’s so much more out there, so many different backgrounds, so many different places I can go and have opportunities. When I started looking at west coast schools, the College Center was so supportive and helped me get into my Early Decision school.”


At Loyola Marymount University in Los Angeles, Julia plans to take advantage of the Communications and Political Science programs.


“It’s not a huge university, but it’s not small. I think it’s like the perfect fit for me and I think L.A. is the perfect area for me. There’s a big sense of community there and it’s so diverse and there are so many things to do there.” 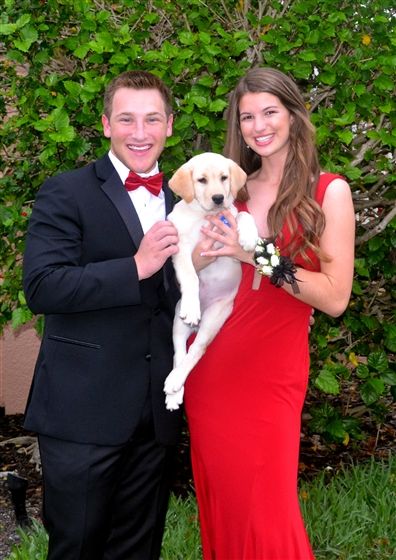 Julia is hoping the teachers there will be as warm as those at Shorecrest. What makes a great teacher? “I think someone who genuinely cares about their students and educating their students. Someone focused on the well being of the student and the student’s happiness in relation to their academics.”


At the top of Julia’s list of favorite teachers is Jackie Carnes.


“Madame Carnes had a huge influence on my high school experience. She was my teacher for Global Perspectives through Film. We would watch movies from different countries and it would show so much about their culture. That was the class I learned the most from because I’m such a visual learner. I wasn’t really interested in other countries that much until I was in Madame Carnes’ class.”


Madame Carnes also facilitated a French Exchange program with our sister school in Châlons-en-Champagne, France. When Shorecrest was desperate for an additional host for French exchange students once year, Julia offered to house not one, but two students.


“I ended up becoming best friends with these girls. I went to France that summer and stayed with their families for 2 weeks. They’re coming back this summer for a month to practice their English and one is bringing her sister. The only other countries I had been to at that point were Cuba and Canada. Now I have a new respect for the culture and for French language and food. I’m definitely going to take French in college and I’d love to study abroad in France. If I had not come back to Shorecrest, I wouldn’t know anybody in France, no French language and nothing about the French culture.”


This recognition of cause and effect reflects the maturity of a high school senior who has taken advantage of the many opportunities that have come her way. Her involvement in Youth In Government, SADD (Students Against Destructive Decisions), athletics, politics and Southeastern Guide Dogs have been strategic in their preparation for whatever milestones come next for Julia.

Last week’s milestone was, of course, Commencement. “I think we’re all ready to go our own ways,” she reflects regarding the Class of 2017. “It’s going to be emotional, but we’re ready. You can tell we’ve all grown up so much. Every day I feel like I grow up more because of Shorecrest and the people who are watching me and the expectations I’m held to. I try to be the best person I can be. You really have free will at Shorecrest, you can be whoever you want to be. But most people choose to be friendly and respectful -- thankfully.”