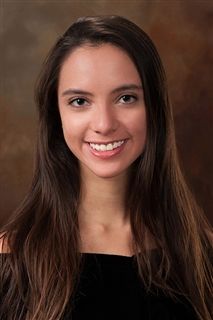 The daughter of a doctor and a dentist, Lucille Weiskopf has always had her eye on a profession in the medical field, and has taken it upon herself to prepare as much as possible. Over her summer breaks, Lucy volunteered at St. Anthony’s Hospital and Johns Hopkins All Children’s Hospital. For a while she was placed in the gift shop, but at All Children’s she was able to “actually work with children and play with them and make their day a little bit better. I really liked that experience.”


It was fortuitous timing for Lucy that Upper School teacher Mrs. Peck fostered the creation of both the Pre-med Club and The Center for Medical Sciences at Shorecrest, just in time for Lucy to shadow surgeons in the field and learn from multiple guest speakers. “Her class is really hard, but the opportunities that she gets us to shadow surgeons and anesthesiologists and all the speakers that come in really opened my eyes to all the different jobs in the medical field.”


Before Shorecrest, Lucy remembers moving around a lot, from elementary school in Melbourne, Florida, to two years spent in her mother’s native Panama, and then to Seminole Middle School. “I spent those awkward middle school years trying to fit in while learning to communicate in Spanish.” But a familiarity with Spanish language later shaped some of her high school experiences.


For Service Week of her sophomore year, Lucy traveled to La Carpio, one of the poorest areas in Costa Rica. “I still have some drawings from the children there. One of the kids drew a volcano erupting because while we were there a volcano erupted. I was glad to be able to donate so much to them. A lot of the children were barefoot, they didn’t have any money.” 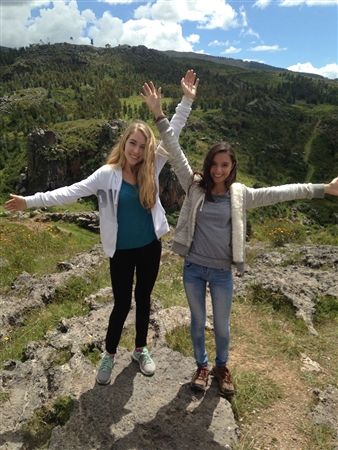 That trip sparked a passion for international service. “The next year when I went to Peru for Service Week, I figured out a way to help.” Lucy brought an idea to Shorecrest’s Spanish Club in support of Asociación Azul Wasi, the home she volunteered in for children and teenagers who were abandoned in the streets of Cusco. The Officers of the club choose a beneficiary each year, explained Cary Powers, their faculty sponsor. “For the last year Azul Wasi has been turning away orphans because they don’t have enough space. What they need is money to build more dorms, so that’s what we’re hoping to do.”


As Treasurer of the club Lucy reported, “We raised over $3000. It’s going to make a difference I think because in Peru that’s worth almost three times as much!”


During senior year, Lucy traveled with a different purpose in mind. “I wanted to go on the New Orleans Service Week trip primarily because I was interested in seeing the city around New Orleans. I chose to go before I got the answer that I was accepted to Tulane. I’m really excited to go there next year.”


Lucy’s strong mind does not overpower her small stature. After trying rock climbing strictly as a social activity with Shorecrest’s Outdoor Club (of which Lucy is now President), she ended up loving it and joined a team through Vertical Ventures climbing gym in downtown St. Petersburg. When bouldering at Regionals she placed in the top 10, giving her a spot at Divisionals. “Maybe I’ll start a rock climbing club at Tulane.” she muses, knowing she’s prepared for leadership roles. 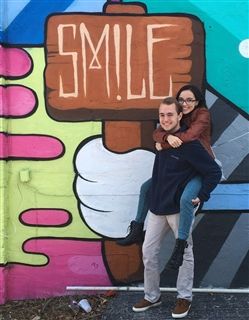 Lucy credits some of that maturity to classmate Jack Lavely. “Jack pushed me to get leadership roles that maybe I wouldn’t have gotten. Maybe I would have been too shy. He challenged me to push myself to do things I may not have been comfortable with.”


Now she would tell other high schoolers to do the same. “Join whatever club you want and stick to it all four years so maybe you can have a leadership role,” she advises the incoming freshman class.


Still, talking in front of groups doesn’t come easy to Lucy, who was a National American Miss State Finalist. “After being selected to compete in the National American Miss pageant, I won third runner-up in the Top Model competition out of 115 contestants and was invited to the National competition.” It turns out, though, that answering questions on stage in 30 seconds is “actually really stressful.”


But when asked what she believes is the greatest invention to date, Lucy effortlessly and quickly replies, “The PCR which amplifies copies of DNA strands.” Certainly, this is a well-rounded student to watch out for!

One of her teachers describes her well: “Though Lucille seems a bit shy, she has a lot to say. She hides an intense determination and a quiet confidence under a reserved and calm demeanor. So I have no doubt that Lucille will continue to grow as a scholar and a writer, and that she will find even more of her voice and even more success in college.”