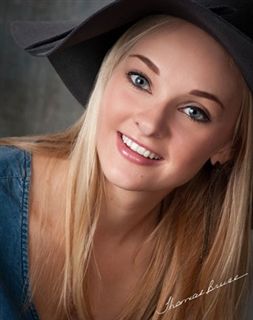 Ginny Swanson is Shorecrest Theatre’s reigning triple threat. This Headmaster’s List student can act, sing and dance with the poise and professionalism of a seasoned veteran, maintain exceptional grades in a demanding course load, volunteer regularly with her church youth group - and make it look easy. Perhaps it’s the actress in her that keeps her audience unaware of all that happens behind the scenes to make this standout student such a success. But according to those who know her, three themes underlie all of Ginny’s accomplishments: dedication, preparation, and hard work.


A lifelong lover of performing arts, Ginny came to Shorecrest in the 9th grade specifically for the theatre program. She recalls, “I’d heard so many wonderful things about the program, then my mom went to see [the Shorecrest production of] 'The Sound of Music' and told me it was amazing.”


Ginny quickly got involved in school productions, playing supporting roles in "The Would-Be Gentleman" and "The Music Man" her freshman year. With the support and instruction of her directors and theatre teachers, she continued to hone her craft, eventually earning a leading role her junior year as Hope Harcourt in "Anything Goes," and then her final role at Shorecrest, starring as Christine Daaé in "The Phantom of the Opera". 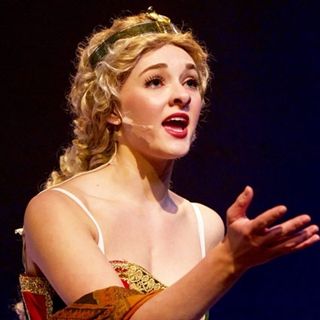 
Onstage, Ginny seems as though she were born acting, singing, and dancing. And while her training in performance and voice began before her Shorecrest years, her dance skills are only recently acquired. “I did not dance at all before coming to Shorecrest,” laughs Ginny. “Mrs. [Cheryl] Lee completely took me under her wing and I've learned tap - I love tap now - I've learned Fosse from her, I've learned ballet. I've just learned so much from her. Without her, I know I wouldn't consider myself a dancer.” In addition to dancing on the Shorecrest stage, Ginny has also danced in productions with the St. Petersburg Opera, Norwegian Cruise Lines, and at other community events.


Her dance skills, combined with her acting and singing talents, gave her a competitive edge when auditioning for university performing arts programs. The audition process had Ginny traveling and performing nearly every weekend for the months of January and February. When asked about the grueling audition process, Ginny smiles, saying, “Actually I found it to be really fun! Which is good because I was thinking to myself, ‘If I don't find this enjoyable, I should probably not do this for a career because I'm going to be doing this all the time!’”


With a number of options before her, Ginny ultimately decided to continue her studies at Belmont University in Nashville, where she’ll study musical theatre in Belmont’s BFA program. Ginny says, “That was something I had to decide when I was applying to colleges - whether I wanted a university experience with a musical theatre program, where I would be taking not only musical theatre classes but also academics; or if I wanted a conservatory, which was all theatre. I decided to do the university track because I do enjoy academics and want to continue that in the future.”


Like her theatre teachers and choreographers who nurtured her stage talents, Ginny’s teachers in her academic subjects loom large in her reflections on her Shorecrest experience.


“I never really thought I was good at math until I was in Mrs. [Traci] Burke’s class junior year. Everything she taught, the way she presented it, it just started to make sense to me. That was so confidence building because I hadn’t considered math a strong subject before.” Ginny finished her junior Precalculus class with straight A+s. 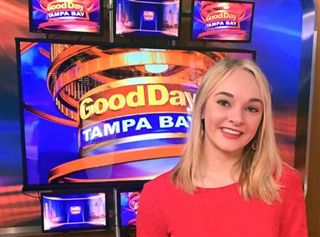 Of Ginny, Mrs. Burke says, “Her strong work ethic, high level of engagement, and willingness to take on academic challenges are all personal qualities that will serve her well in a college environment.”


Along with Mrs. Burke, Dr. Emerson Littlefield, Ginny’s AP Language and Composition teacher, notes her work ethic and positive attitude, “Ginny is an exceptional, multi-talented student, not only a very good English student but a star on our small Shorecrest stage. She is also bright, hardworking, cheerful and prompt with her assignments.”


Ginny raves about her experience in Dr. Littlefield’s class, “Dr. Littlefield did so much to help me become a much better writer, which is so important with college applications.” Even more than just functional applications like college essays, Ginny sees immense value in a liberal arts education, “The liberal arts help us understand the world, people and relationships.”


Unsurprisingly, relationships are at the heart of Ginny’s best Shorecrest memories. “My directors and theatre teachers, Mrs. Lee, Mr. Leavengood, Mr. McCarthy, Mr. Ahlin, they've definitely been the most valuable, influential teachers. They’ve taught me so much.”


There is no question that theatre is where Ginny’s heart lies. “Theatre has always been my happy place, my thing,” she says. The bonds between her and her cast members have proved to be a critical component to her success. Ginny insists, “Being together all the time, rehearsing, in theatre you make such great friends who are all really supportive of what you're doing, everyone wants the show to be good. Having supportive castmates is crucial to growing and learning as an artist.”


Ginny credits her fellow thespians for building her confidence as a performer, “When I was younger I would be afraid, ‘What if people don't think I'm good? What if they judge me?’ But having those supportive castmates just helps you open up and give it your all when you're onstage.”


Ginny’s present stage persona is free from even a shred of that aforementioned self doubt. Outside of Shorecrest she’s won a number of scholarships and awards including the Tampa Bay Businesses for Culture and the Arts Charlie Hounchell Art Stars Scholarship for Vocal Music and the Dolly Van Parys Performance Theatre Memorial Scholarship. Similarly, Ginny won first place at the National Association of Teachers of Singing Competition, placed second in the St. Petersburg Opera Guild High School Vocal Competition, and was selected to perform at the 2014 and 2016 Mayor’s Youth Showcase of Achievement.


Her greatest performance moment and most memorable Shorecrest moment are one in the same - “Performing 'Anything Goes' on mainstage [at the 2015 Florida State Thespian Festival] at the Straz Center in front of 2,600 people. It was such an incredible experience. I never imagined we would have an opportunity like that. It really brought our troupe close together.”
Thinking back to the start of her Shorecrest career, Ginny gives this advice to her freshman self, “Don't be afraid to try new things. Don't be afraid to sing in front of other people! Don't be afraid to be brave.” As she enters the next phase of her life, this time as a college freshman, she’s poised to take her own sage advice.