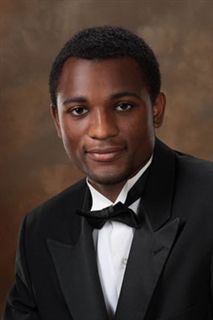 Marcus Blake is a man of focus. Over his five years at Shorecrest, he’s set that laser focus on a number of goals, all of which he reached, then surpassed. He has scored more than 1,000 points on the basketball court and has led his team to conference, district, and regional championships. He’s persevered through, then excelled in math classes with the infamous Mr. Field, studied electrophoresis with Mr. Hyink, and was chosen to speak at the 2016 Baccalaureate ceremony. When he first stepped on the Shorecrest campus, the first place he set his focus was in the science lab.


Marcus recalls, “I’d always been good at math and interested in science. After coming to Shorecrest, though, it became a lot more interesting. We did a lot more experiments and projects. That’s when I started to become interested in biology.”


He credits Dave Hyink’s Honors Biology class as a turning point that led him to take a very science-heavy course load at Shorecrest. “We learned electrophoresis - it’s how you determine similarities in DNA,” Marcus shares with excitement.

According to Director of College Counseling Tiffany Blessing, “Though a total of only three sciences are required for graduation, he chose to triple his science course work in both his sophomore and senior years. Marcus graduated having taken every science course at the honors or advanced placement level available at Shorecrest.”
Along with science, math was a subject Marcus took a special interest in at Shorecrest. Sarah Anderson, his Calculus teacher recalls, “Although Marcus rarely needed my assistance, he frequently visited my classroom to discuss Calculus concepts outside of normal class hours. While most students who used my office hours were struggling to understand the concepts and needed me to reteach them, Marcus visited because he wanted to delve deeper into the concepts beyond what the course objectives required of him.”


Science, math - and basketball - are Marcus’ three loves. And he worked as hard on the courts as he did in the classroom, starting with his eighth grade year when he played on the Junior Varsity team. Marcus remembers, “JV in eighth grade playing under Coach Blume was really fun, I got to grow so much. I started playing Varsity as a freshman and that gave me a lot of experience to help us go to States as a sophomore. We just kept the tradition of winning.”

As his commitment to his academics and to his basketball team grew, Marcus had to make some difficult decisions about balancing his many interests his sophomore year, as he stepped down from the football team, “Mr. Field was the toughest teacher I've ever had in my life. I had his class and my grades were not where I wanted them to be so I knew I needed to focus on academics that semester. I also had an AP class for the first time.” 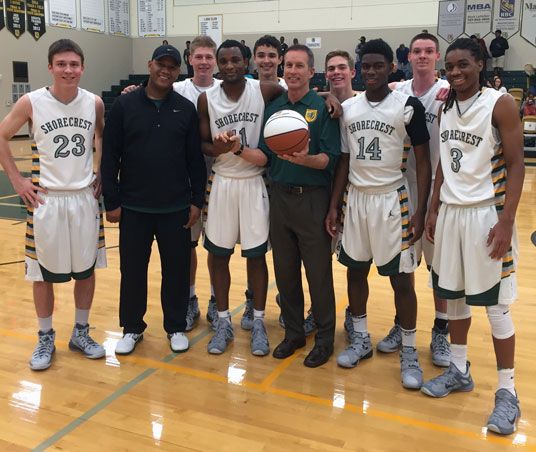 The sacrifices paid off. By the 2014 season, the basketball team, with a 25-5 record, made Shorecrest history, earning a regional title, a Final Four appearance, and an undefeated streak in district play. During his final season Marcus scored his 1,000th point at Shorecrest.


The dividends from his investment of time and focus paid off academically as well. Marcus was named an AP Scholar for his AP exam performance and made the Headmaster’s List, Shorecrest’s highest academic honor roll.


With his grades back on top and his basketball routine firmly in place, Marcus was able to take on a new challenge his senior year - leading the Shorecrest Black Student Organization. Mrs. Blessing, the group’s advisor, recalls, “Our first meeting under Marcus’ leadership was the most strongly attended meeting in the organization’s history. I can always count on Marcus to become the “voice of the people,” bringing carefully formed concerns or proposals to the Upper School Administration.”


Though he’d considered continuing his basketball career at the college level, Marcus put academics first during his college search. “I wanted to go to a school that would fit me academically. As much as I’d love to to play college basketball, I didn't want to settle academically.” Marcus will attend the University of Florida where he plans to pursue biomedical engineering.


When asked what he’s looking forward to most at college, Marcus has this to say, “Oh, a lot of things! Experiencing new things, meeting new people, learning in a different kind of classroom. I want to do research and get in the lab and actually apply the things that I learn in class. I love working in the labs and am excited to do them at the university level.”


Marcus makes it clear that his academic pursuits will always come first, but he does hope to have time to continue volunteer and work with children like he has while at Shorecrest. “For Service Week I worked at Great Explorations and I enjoyed interacting with kids. I also volunteered at the Basketball Warehouse to coach kids, mentor them. I hope I’m able to do something similar in the future.”


Looking toward the future, Marcus is also reflective on his past. When thinking of what advice he’d give to his freshman self, he says, "Take academics seriously. As a freshman a lot of times you hear people say the freshman year is easy and doesn't matter too much, but it really does. It helps you set the foundation for the rest of high school. It helps you get those study habits that you need, it helps you get along with your teachers.”

In his Baccalaureate address, Marcus had this to say to his classmates, “I will always cherish the memories we have shared together here and I wish every single one of you the best in your college experience. I love you guys. Class of 2016...we made it!”