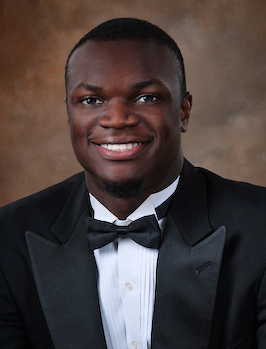 - Explosive, record-breaking athlete who is the glue and heart of teams.
- Empathetic mentor with a compassionate and kind approach.
- An entrepreneurial spirit with a sincere “attitude of gratitude”.
- Upstanding leader with a principled moral compass.
These are words used by Upper School faculty and administration to describe Mikhail Whyte.
Mikhail Whyte arrived at Shorecrest as a sophomore transfer student in order to pursue stronger academic opportunities. In his first year on the campus, Mikhail was awarded the distinction of Outstanding Citizen for the tenth-grade class, quickly and quietly establishing his legacy within the Shorecrest community. Shaped but not defined by adversity and challenges over the years, he chooses on a daily basis to remain steadfast to a commitment to himself and his family to be proud, diligent, and responsible while approaching each day with a sense of humor and positivity. Mikhail has a deep love and respect for his family and friends.
First and foremost, Mikhail is a strong student who purposefully develops meaningful relationships with his teachers. Each year, he has mindfully added more rigor to his coursework and navigates his academic journey with a well-crafted blend of curiosity, discipline, and integrity. Mikhail’s teachers view him as a sponge, soaking in information while nodding quietly during lessons and connecting knowledge with his past personal and academic experiences. He is continually focused on how he can improve. Mr. Jake Seymour, English department chair, observed that while in class Mikhail’s quick and confident intellect encourages classmates to raise their own game. Ms. Charla Gaglio, Visual Arts chair, helped Mikhail find a way to connect art and fashion, one of his growing passions. Ms. Gaglio notes that Mikhail Mikhail is an amazing and talented artist. His mixed-media works on fabric and canvas are technically sound in execution, as well as creative with regard to subject matter. He thrives as a student because he is a dedicated learner, finding inspiration in day-to-day activities and relationships he encounters. Mikhail has said, “I always prioritize my school work, so being organized is a huge thing. My practices end pretty late some nights, so if I need to get work done and/or brainstorm for a new project, I make sure I write down what I need to do or set a reminder in my phone.” Strong executive functioning skills empower Mikhail to manage expectations and to embrace his passions.

Mikhail Whyte ignites potential in his peers by remaining anchored to a commitment to social responsibility. He has the incredible ability to embrace and educate without judgment. He is a keenly perceptive observer of student life in the upper school, with an eye to improving the way in which everyone interacts and communicates with each other, and with the conviction and self-confidence to bring attention to injustices in a constructive, effective manner. Roderick Fludd- Director of Diversity and Equity at Shorecrest- observes that Mikhail, in his role as the Black Student Union president, not only leads the group with compassion and drive, but always with a smile and kind words. Mr. Fludd goes on to express that Mikhail approaches him regularly to talk through best practices for having challenging conversations with peers; Mikhail’s empathetic nature leads him to question and converse with peers about difficult situations because Mikhail believes strongly that his peers can grow and thrive. And those peers listen to Mikhail because, quite simply, he walks the talk.
As a record-breaking athlete, Mikhail Whyte is tenacious and ambitious. Mikhail’s varsity basketball coach, Barry Bearden asserts that Mikhail is a vocal leader; he loves to motivate his teammates and is one the biggest cheerleaders of his teammates. Evidence of this quality was also witnessed by faculty members during homecoming week when Mikhail not only cheered his senior class on during class competitions, he was also seen motivating and inspiring younger students to put their whole heart into competitive events. Mikhail’s heart and grit started the day off right for the Track and Field state competition this year; Mikhail was the first to compete, and he not only crushed the competition, but he set a new school record for long jump. Track and field coach, Richie Cameron, notes that Mikhail is so highly respected because when things don't go as planned, he reflects on his performance first before ever looking at how his teammates can improve. Mikhail exhibits reflectiveness, hard work, and accountability as a student-athlete.


This year, these athletic qualities have earned Mikhail a spot on the Pinellas Private School All-conference, second team for basketball, a Florida Highschool Athletic Association 1A Track and Field state championship for long jump, and the incredible accolade of being awarded the Coach Phil Hayward Outstanding Male Athlete Award for 2022-2023.
Given Mikhail’s strong engagement in all of these activities, one would think Mikhail has time for little else. However, Mikhail not only holds a job at Chick-fil-a, he also started his own clothing company called Purple Sky.  He did this by combining natural talent with knowledge he learned from Advanced Placement Statistics and Economics and Studio Art classes. His brand has become successful through his innovative vision and creativity as well as by his truly collaborative spirit. Sara Rose, class of 2024, wrote in a recent The Chronicle article about Mikhail’s artistic endeavors, noting that Mikhail’s embroideries use rich colors and intricate patterns, showcasing individualism and untamed freedom in the work he does. Mikhail is the first art student at Shorecrest to use cloth and needles on painting canvases, which has proven a huge inspiration to his peers.
Mikhail Whyte’s future is very bright indeed. In the fall, Mikhail will attend Eckerd College in St. Petersburg, Florida. Mikhail was one of only two students to earn the full-ride O’Brien/ Off Scholarship to the university.
Every year, ever since the first graduating class in 1976, the Shorecrest faculty selects and votes for one senior who demonstrates the best qualities and characteristics of a Shorecrest student, including leadership, scholarship, mentorship, and service while being well-respected by the upper school student body. Today, we take time to honor the impact Mikhail has made on the Shorecrest community because Mikhail Whyte is awarded with the Class of 2022 Outstanding Senior. Congratulations, Mikhail Whyte!