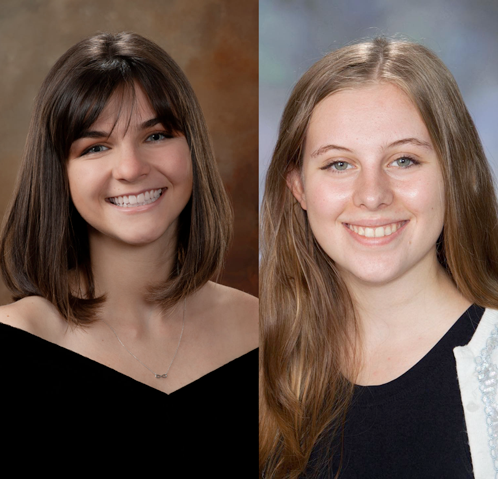 Chargers' Winning Films to be Screened

Julia's short film "Not Enough Fish in the Sea" was selected for screening in the All American High School Film Festival in NYC, in the Documentary category. It will be screened on Monday, October 11, along with other diverse and engaging student films of the best emerging filmmakers from around the world. Her environmental film previously won a Youth Making Ripples film competition award.

Mila's original short film, "Wait," created in digital film class, was selected for screening as part of the Sunscreen Film Festival. Sunscreen is broadly known for being an accessible festival where attendees mix and mingle with filmmakers, actors, writers, producers and celebrities in an open and relaxed atmosphere. "Wait" will be presented with other high school filmmakers' shorts. It is about a girl mysteriously drawn to follow a boy who passes by on a skateboard. She barely keeps up, almost losing him entirely, until the story reaches a confounding turning point. It features the sights and chickens of historic Ybor City. Sunscreen High School Shorts will be screened on Saturday, September 26 at the AMC Sundial 12 in St. Petersburg.