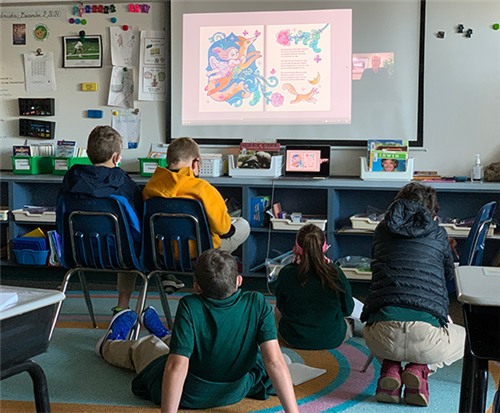 Published 4/16/2021
by Raffi Darrow, Ebytes Editor
Warning: sensitive subject matter.
Avery was born on April 21, 2004. Hours after she was born, it was discovered that she had a very complex congenital heart defect known as HLHS. Avery underwent her first open heart surgery at five days old, and over the next several years had an additional eight open heart surgeries, four cardiac arrests and was ultimately placed on a mechanical heart pump at age five for terminal heart failure. She was unable to run and play or even walk up several stairs without being breathless and blue. She experienced life from the sidelines, often sitting alone at play dates or birthday parties watching other children do what she was unable to because of her failing heart.
Dalton was a perfectly healthy boy who had every reason to live a long prosperous life. In August of 2009, at eight years old, Dalton lost his life tragically in a biking accident. The lives of these two children, 800 miles apart, were unlikely to ever intersect. But on August 6, 2009, Avery received a most precious gift - Dalton’s heart.
Now, Avery is a healthy, vibrant high schooler with a sparkling personality whose vivacious spirit and passion for life lights up a room and the lives of all who know her. Her family and Dalton’s family have remained close and often vacation together when possible.
It so happens Avery’s father is a fraternity brother of Shorecrest parent Jon Hoefer. Jon decided to share Avery and Dalton’s magical story of loss and love in an upcoming children’s picture book.
Through dreamy watercolors and poetic phrasing, Hoefer’s latest book, “Avery’s Gift,” tells the story of little Avery who wakes up in the middle of the night with a serious problem! With the help of a fox, an owl and a boy named Dalton, Avery goes on a quest... and finds many meaningful things along the way. “Avery’s Gift” is reminiscent of fables told long ago and shares a timeless story of love, friendship and true colors.
Mr. Hoefer shared an earlier version of his story with fourth graders this school year, and spoke with them about his creative process, writing, publishing and more. The Chargers had so many questions about how an author takes pages of notes and turns them into a final product. The students also gave valuable feedback on the book’s pictures and content, unaware of the meaningful backstory involved.
The official launch date for the beautiful picture book is June 1, 2021. Learn more, preorder a copy, or view a video of Avery and Dalton on the “Avery’s Gift” website.
Jon Hoefer is an author, illustrator, and art director, and has been involved with the printing and publishing industry for over 20 years. He is a graduate of Syracuse University’s Visual and Performing Arts program, majoring in illustration. His illustrative work has been published in national newspapers and magazines. He also illustrated “Lilly Lou Makes a New Friend” and “Lilly Lou Goes to Washington, D.C.” the first two books in a series by former Headmaster Mike Murphy.