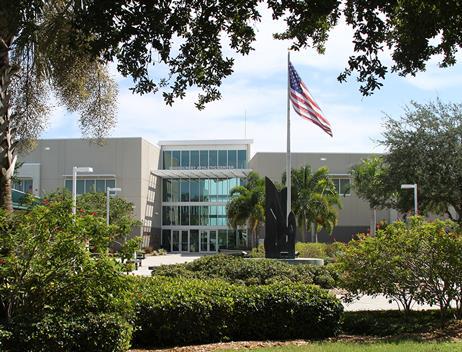 Published 9/10/2021
by Nancy L. Spencer, Head of School
Tomorrow will be twenty years since the terrorist events occurred which shocked America. Those of us of a certain age can well remember that beautiful blue-sky morning of Tuesday, September 11, 2001, when the World Trade Center and Pentagon were attacked, effectively changing our lives and our society forever. Today’s Shorecrest students were not even born when the attacks on 9/11 took place, but it is safe to say that their world has been deeply shaped by the events and their aftermath.
September 11th has morphed from being a shared experience to a collective remembrance and now has become a historical event which must be explained to those who were not alive or cannot remember. As a historian, I believe it is important to tell the story of what happened that day, especially what happened on that day at Shorecrest. Like most Americans, the events of 9/11 shattered our sense of security. Yet for the faculty at Shorecrest, it reinforced a sense of commitment to our students and strengthened our community. For it was clear that teachers felt a sense of obligation to put the needs of their students first, even as the adults grappled with the difficult reality of the day.
Dave Hyink
At the time, long-time Upper School Science teacher Dave Hyink’s classroom in the Science and Technology building was considered to be “state-of-art” because it had a mounted television attached to a VCR. When word of the attack came, Mr. Hyink turned on the news and sat with his class as they watched the second plane fly into the South Tower of the World Trade Center. What Dave remembers is how eerily silent it was, not a sound from the Upper School classrooms. No one was wandering the halls as students and faculty sat silently, in shock, watching the events unfold. “I didn’t even try to teach anymore that day. Some students went home; others finished out the day.” Throughout the afternoon, it was all class discussion, as teachers and students together tried to process what was happening.

Charla Gaglio
There wasn’t a TV in her Upper School Art classroom, so Charla Gaglio brought her students into Mr. Hyink’s science room. She remembers sitting there in shock, crying and trying to understand that the country was under attack. “We knew we teachers had to stay calm, to reassure the students. But the reality is that it was a bunch of terrified adults, putting on a calm exterior to reassure the students.” Mrs. G remembered how important it was to give Upper Schoolers a chance to be together and talk about what was going on.

Ron Heller
For Upper School Teacher Ron Heller, being away from campus at the time was like being away from home. It was the second day of the annual Freshman Retreat, a team-building and class bonding trip for 9th graders held in Bradenton. Mr. Heller was chaperoning the group, along with four other faculty members. Students were having breakfast and hanging around the TV room before the start of the day’s activities. The television was on, so the students watched in live time as the second plane hit the South Tower and eventually saw the fall of the two towers. One boy knew that his mother was in New York City, and was scheduled to have an appointment at the World Trade Center. The retreat ended early and the 9th graders boarded the bus for a quiet and anxious ride back to St. Petersburg. The teachers moved among the students, comforting them as best they could, and eventually were relieved to hear that the student’s mother was safe.

Anne Michelle Frey ‘02
Upper School Math Teacher Mrs. Frey was a senior at Shorecrest in the fall of 2001. She recalls hearing the news during a break and relaying it to Dr. Littlefield in their AP English Literature class. “A few minutes into class, they released us and many of us headed to the library to watch the news. We watched the first tower collapse live. I remember being terrified, especially because my stepfather was supposed to be in a meeting at the World Trade Center that day. I went home early and discovered that my stepfather had made contact with my mom and was safe.”

Curtis Cruise
Sixth Grade Science Teacher Mr. Cruise remembers bumping into a colleague outside the Middle School and he asked, "Did you hear about the World Trade Center being hit?" At first, he thought it might be a little Cessna plane. Curtis’s students were at PE so he went into Principal Pat Craven’s office where she had a TV on. They watched in silence for several minutes, and then the second plane hit. The rest of the day was a blur.
“I remember telling the students that this will be a day in which they never forget where they were and what they were doing when they found out. I likened it to my experiencing the Challenger explosion when I was in middle school, or Pearl Harbor for their grandparents. I couldn't answer a lot of their questions such as "why" and "who" at the time, but instead I tried to help them "be OK" and trust that America has resilience and will heal.”

Anna Baralt
Dr. Anna Baralt, now Director of Educational Technology, was a Kindergarten Teacher in 2001, and recalls that on September 11th, “no one had a clue about what was going on because none of us had a TV in our classroom.” There was no social media and no cell phones at the time. Around 9am, a voice came over the intercom in the classroom, and asked Dr. Baralt to come to the Lower School Office. She walked in and saw that everyone was upset; some teachers were crying. At first, she thought that the President had been shot. A fellow teacher quickly explained what was happening and said that she was to gather up students’ belongings and prepare their bags, in case parents came to pick up their children. “Of course, we didn’t say anything to the students. I didn’t even see any footage of what happened until I got home that evening.” The Lower School continued its day. Some parents did come and pick up their children, but many other students finished out the day on campus.

Dottie Smay
Mrs. Smay was in the Lower School library that morning. The Lower School receptionist came into the library and said to turn on the TV. They stared at the images on the screen and were quickly joined by Lower School Principal Penny Jennings and Head of the Learning Center Dr. Jean Spencer-Carnes. While they were watching, the second plane hit the Tower and phones immediately started ringing from parents who wanted to come and pick up their children.

It was decided that the Lower School would continue on as a normal day and teachers would not say anything, as they did not want to scare the students. There was so much uncertainty about what was going on, who would be attacked next. Some feared that the School’s proximity to the MacDill Air Force base made Shorecrest vulnerable.
Later that afternoon at a Lower School faculty meeting, the decision was made that when children returned to campus the next day, faculty members would not bring up the events nor initiate discussions about what had happened. If a child asked questions, the teachers would respond in an age-appropriate way. It turned out that a number of third and fourth graders were aware of what had happened and had many questions. The teachers helped the students to process the events and discussed how they felt. There were conversations about how bad things could happen but it was important to not stereotype groups of people based on individuals’ actions. The younger students, on the other hand, did not seem to be very aware and continued with their daily routines.

While much has changed in the twenty years since the attack on America, what has not changed is Shorecrest’s commitment to the well-being of our students. Annual observances around the flagpole and conversations in classrooms ensure that our students remember the events of 9/11 and appreciate the sacrifice of many who defend this country. This weekend, as we remember the events of September 11, 2001, and honor the victims of the terrorist attacks, we also appreciate the heroism of the first responders who gave their lives in service to America.
Looking ahead, I turn to the words of Alice Greenwald, chief executive of the National September 11 Memorial & Museum at the former World Trade Center site, whose perspective offers encouragement for the future:
“We have young people and people starting careers who have no memory of this event. And yet they are living in a world that has been defined geopolitically, and in terms of security consciousness, by the events of 20 years ago. This next generation has grown up with the sense that terrorism is the norm, which breaks my heart. The one thing we have control over is how we respond. That message, that understanding that we have this capacity for compassion, resilience and hope when horrible things happen, is, I think, a tool to meet the future.”
We rely on Shorecrest’s sense of community to see us through difficult times, whether it be a global pandemic, natural disaster, or national tragedy. Compassion, resilience and hope are the ties that bind the people of this School and they are the tools we embrace to face the future moving forward.
All the best,
Nancy