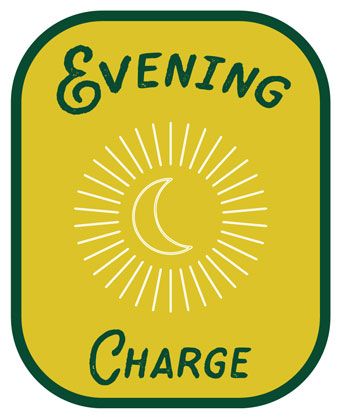 Published 1/23/2022
by Kayla Brazee, US History Teacher
"Evening Charge" is a new workshop series for adults in the Shorecrest community (and their adult friends). Get to know our passionate Shorecrest faculty as you dive deep with them into a topic of interest for 4 evenings. Pick up a new hobby, develop a new skill or learn more about something that interests you without committing to a semester-long course.

Session One is four weeks long, and will be on the following Thursday evenings from 7-8:30pm: February 10, February 17, February 24 and March 3

Topics for Session One (select 1):

Gimme Shelter: A Political History of Nuclear Power
Teacher: Kayla Brazee, Director of Evening Charge, US History Teacher. $60/4 weeks.
This course will focus on the history of nuclear power around the world and how it has been used by leaders both domestically and abroad as a means to achieve political objectives. Topics will include the development of nuclear power programs in the United States and the Soviet Union, the bombings of Hiroshima and Nagasaki, the Atomic Age in American popular culture, Operation Crossroads and the hydrogen bomb testings at Bikini Atoll, nuclear weapons as points of contention in the Cold War, and the Chernobyl disaster. The course will include reading excerpts from Hiroshima by John Hersey and Voices from Chernobyl: The Oral History of a Nuclear Disaster by Svetlana Alexievich. Film/TV excerpts will likely include Atomic Cafe, Radio Bikini, The Twilight Zone, footage from nuclear bomb tests and U.S. Civil Defense films.

The Chemistry of Food and Baking
Teacher: Dan Burkett, US Chemistry Teacher. $65/4 weeks.
In this course, students will examine a variety of everyday processes in the kitchen through a scientific lens, exploring chemical and biochemical processes involved in the production of a variety of foods. This seminar will include hands-on, edible demonstrations each week as the chemical processes giving rise to a myriad of flavors, textures, and culinary experiences are examined. Ultimately, participants in this course will gain an understanding and appreciation of the purpose of various ingredients in recipes or why specific cooking techniques really have an impact on the end result of a culinary creation.

An Anomaly of History: The 16th Century - When Women Ruled
Teacher: Ron Heller, Upper School History Teacher. $60/4 weeks.
With many history TV programs like Reign, Outlander and The Winter Queen, you might ask yourself the question(s): "is this accurate?" "what is the real  history?" In the late 16th Century, John Knox, the founder of Presbyterianism wrote that for a woman to rule "was an abomination against God" and yet between 1492 and 1625, the principal thrones of Europe were ruled by women with varying degrees of success. Today there has been a resurgence of female leadership and we think nothing of it but back then...
Come and join me as we explore the history of Spain, England, Scotland, France, Sweden and the Netherlands and see how the rulers of these kingdoms met the challenges before them.

Outsiders in American History: Case Studies
Teacher: Nancy Spencer, Head of School. $60/4 weeks.
A rigorous and lively seminar which explores the historical experience of outsider groups and their effect on American society. Case studies include: Puritans accused of witchcraft in Salem, Massachusetts, Japanese-Americans during World War II, The Italian Mafia in New York City. The four sessions will include readings done in-class, videos, interactive projects and lively discussion. Background information and excerpts provided from the following books: Salem Possessed: The Social Origins of Witchcraft by Boyer, Paul & Nissenbaum, Stephen, Only What We Could Carry: The Japanese American Internment Experience by Lawson Fusao Inada and The Godfather by Mario Puzo.

Oil Painting (This course is full)
Teacher: Charla Gaglio, Visual Arts Chair/US Arts & Humanities Teacher. $65/4 weeks.
Have you ever wanted to learn how to paint with oils in a relaxed, laid-back and judgment free environment? If so, this is the class for you! The course will cover materials and techniques and give you the opportunity to paint and experience your inner van Gogh (or Picasso)! Paints and canvases will be provided; all you need to bring is an open mind, a desire to have fun and maybe learn a little something along the way.