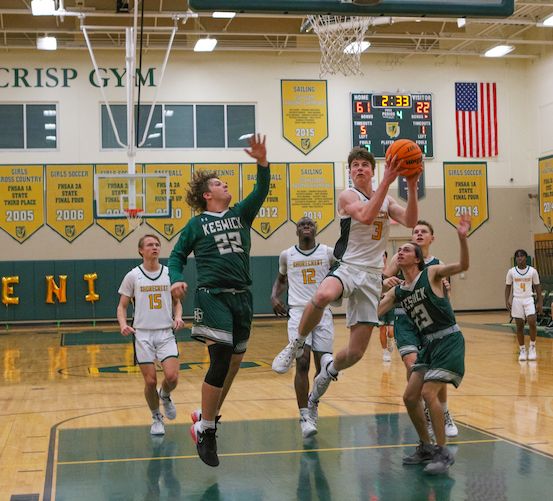 Published 2/10/2022
by Coaches Bearden and Moten
Varsity Boys Basketball vs. St. Pete Catholic: 66-51 Win!
It was the last regular season game for our four Seniors, and they were celebrated along with family members at Senior Night. The team played hard and finished the regular season with a win! Michael Moten ‘24 had 20 points and Nickolas Bearden ‘25 had 15 points.

The Varsity Football Chargers State Championship banner was revealed at halftime. The stands were full and it was a fun night!

Varsity Boys Basketball vs. Lakeside Christian: 61-43 Win!
The Chargers played their 4th game in one week. They started out slow but came out in the second half full of energy and took over the game. Nickolas Bearden ‘25 had 14 points, Mikhail Whyte ‘22 had 12 points and David Zbrozhek ‘22 added 12 points.

In the District Quarterfinal the Varsity Boys Basketball Chargers lost to Admiral Farragut 51-77.