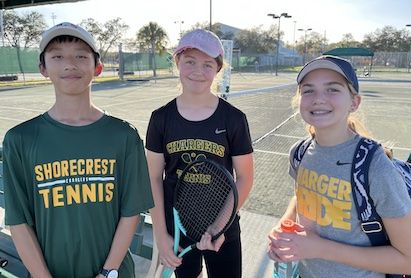 Published 2/17/2022
by Coaches Davis and Hodgson
The Junior Varsity Tennis opening week began on Monday, February 14, with a first match against Saint Stephen's Episcopal School from Sarasota. SSES is a powerhouse in the district and our matches are always competitive and challenging. The Chargers were swept by SSES in most of the singles and doubles.