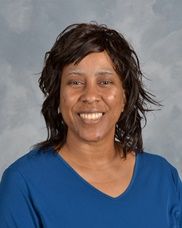 “The search committee was unanimous in its recommendation of Myra to take on this key leadership role at Shorecrest,” says Shorecrest Head of School Nancy Spencer. “We are thrilled to have a professional with her experience and track record join our already-strong team in the college counseling office, as we invest in the College Counseling program to ensure its continued success.”
Myra has a demonstrated history of success running a comprehensive college counseling program for students in grades 9-12. Prior to joining Oak Hall School in 2016, she served as Co-Director of College Guidance at Ranney School in Tinton Falls, NJ, for 10 years. At both of her prior independent schools her leadership supported diverse classes of students in finding their best-fit college choice, with 100% of students matriculating to college.
During her time at Oak Hall School, Myra has served on the Academic Committee, National Honor Society selection and Senior Project committees. In 2017, Myra was inducted into the Oak Hall chapter of the Cum Laude Society and serves as the Chapter Secretary. Her college admissions experience includes stints in the admissions offices at The University of Mary Washington, Fairfield University, and The College of New Jersey.
Deeply invested in the college admissions profession, Myra has served in leadership roles in industry professional associations at the state and national levels for over 17 years. In April 2020, she was elected to a three-year term as a Board Director for the Southern Association for College Admission Counseling and currently serves as the Co-Chair of the Grants and Fiscal Oversight Committee. From 2012-2015, Myra served in the presidential cycle for the New Jersey Association for College Admission Counseling while serving as an At-Large Member for  the Association of College Counselors in Independent Schools (ACCIS). She initiated both Ranney School's and Oak Hall's memberships in ACCIS. She is involved with the National Association for College Admission Counseling (NACAC) and has served on committees including Current Trends and Future Issues, Admissions Practices, and the Governance and Nominating Committee.
Myra earned a Bachelor of Arts degree in History from the University of Mary Washington and a Master of Arts in Counselor Education from The College of New Jersey.
“While I knew of Shorecrest’s reputation prior to coming to campus in April, when I visited the School, I was particularly impressed with the faculty and staff, students, and community members I met,” says Myra. “I am excited and looking forward to building relationships with the Shorecrest community, joining the administrative team, and building on the success of the College Counseling program.”
Myra Simpson will be the Director of College Counseling at Shorecrest beginning July 1, 2022. With Shorecrest celebrating its 100th anniversary in 2023, Myra’s first group of seniors - the Shorecrest Class of 2023 - is the School’s Centennial Class.