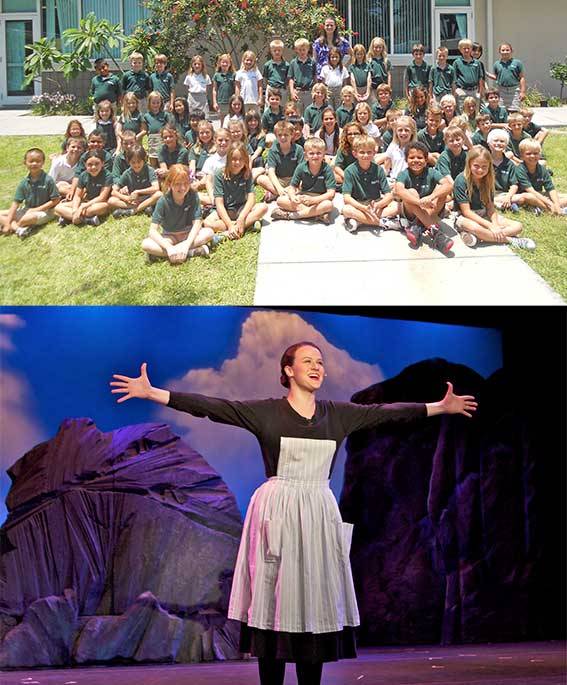 Published 5/13/2022
by Shorecrest Communications Team
Alumna Laura Peterson Addicott ‘12 was the Valedictorian and Outstanding Senior of the Shorecrest Class of 2012. A Chargers lifer who started in JK, Laura upheld and excelled in each pillar of the Shorecrest mission - academics, arts, athletics and service - and modeled the Shorecrest Core Values years before they were an official part of School life.
It is a tradition at Shorecrest for the Outstanding Senior to return to speak at Commencement 10 years after their own graduation. Laura will return to Shorecrest later this month to address the Class of 2022.
Reflecting on her Shorecrest experience, Laura says she was well-prepared for higher education. “At Shorecrest I was able to take a full slate of classes, play sports, and act in the spring musicals. Taking advantage of all these opportunities really set the stage for my college and graduate school years. I balanced academics, extracurricular theatre activities, and a regular workout routine because I had prioritized all three of those things for so long.”
In Upper School at Shorecrest, Laura took AP Psychology with Dr. Hamilton her senior year and became interested in exploring psychology in college. During her first year at Harvard University, Laura took classes in a variety of subjects and “ultimately realized the psychology classes I took and the upper-level courses available to me in that department were the most interesting,” Laura shared. “So I chose Psychology as my concentration (major) and got a secondary (minor) in Economics.
Laura remained heavily involved with performing arts during her time at Harvard, just as she had when she was a Shorecrest student. “I was the President of the Harvard-Radcliffe Gilbert & Sullivan Players and produced and/or acted in productions all eight semesters. I loved performing and being a part of a theatrical community, but I wasn’t sure I wanted to go into performing or producing professionally. At various points I had considered going to law school and started thinking about it seriously during my sophomore year of college when a friend was accepted into the JD/MFA program at Columbia. I hadn’t realized there was a way to go to law school and still pursue higher education in theatre, but once I heard about that program, I knew that’s where I wanted to go.”
The JD/MFA program at Columbia is an opportunity for students to get both a law degree and a Master of Fine Arts in Theatre Management & Producing. Rather than the six years that would be required to pursue the degrees separately, the joint program allows students to fulfill all requirements within five years.
“I knew going into the program that I wanted to practice law after graduation, and I wanted to set myself up for a legal career working with the theatre industry,” Laura explained. “The MFA program was described to me as similar to an MBA for people who want to work in theatre management, and that matched my experience. I took courses in budgeting, accounting, marketing, and management and was surrounded by classmates who will one day be running theatres and general management offices. My semesters at the School of the Arts were quite different from those at law school, but I enjoyed what I learned in both programs and am glad I pursued the joint program.”
Laura is currently an associate in the Mergers & Acquisitions group at Proskauer, an international law firm headquartered in New York. “I have only been in this job since January 2021, but I’ve already had the opportunity to work on some pro bono matters with Volunteer Lawyers for the Arts and am always excited for an opportunity to put the MFA to use!”
When asked for advice for graduating Chargers, Laura offered two great suggestions:
Laura’s Shorecrest experience gave her the tools to explore her academic interests with vigor, and to find balance and connections between her multiple passions. Her time on the Janet Root Theatre stage has remained with her a decade later. She recalls, “My senior spring, I played Maria in the campus production of ‘The Sound of Music,’ and hearing the music start on opening night was an experience I’ll never forget.”
Top Photo: Laura with the Class of 2022 when they were 2nd graders (just days after her graduation)
Bottom Photo: Laura as Maria von Trapp in a Shorecrest Performing Arts production of “The Sound of Music”