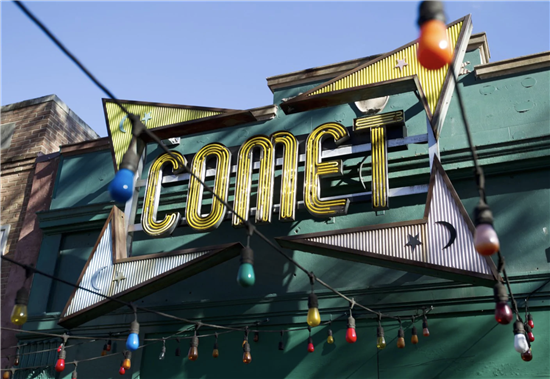 Published 12/12/2016
by By Moriah Balingit, Washington Post
History teacher Chris Dier was in the middle of a lesson last week at Chalmette High School in Chalmette, La., when a student made a befuddling inquiry: “He raised his hand and asked if I knew about Hillary Clinton using pizza places to traffic people.”

About a thousand miles away at Wilson High School in Northwest Washington, distressed students in teacher Eden McCauslin’s history and government classes asked why a North Carolina man armed with an assault rifle had appeared at their local pizza shop, Comet Ping Pong, telling police that he wanted to free child sex slaves he believed to be harbored there, a false narrative conspiracy theorists have pushed on the Internet.

Hoaxes, fake news and conspiracy theories have abounded on the Web, spreading with increasing speed and intensity during the recent presidential election cycle. While they have duped many — and provided entertainment to others — they also have created a sense of urgency for social studies teachers and librarians to teach students how to distinguish the real from the invented, to identify bias in news articles and to evaluate sources for credibility.

As the Comet Ping Pong incident displayed, such false accounts can inspire very real consequences.
“It took one crazy person to start firing in a D.C. pizza shop to get people to realize that media literacy is a critical skill that we all need for many reasons,” said Erin McNeill, the founder and president of Media Literacy Now, which advocates making media literacy a classroom requirement. “If there’s a few educated people who understand media literacy skills, that leaves a lot of people who are open to being swayed in various ways by fake news and misleading news.”
McNeill argues that schools are not doing enough to prepare young adults for a digital information age that has spurred a cottage industry for fake news creators and has created a fertile space on social media for them to flourish.

Other observers have raised concerns that social media also has contributed to deepening the divide between Americans, with people steering their peers toward partisan news sources that bolster — rather than challenge — their points of view. Young adults may be particularly vulnerable to that kind of filtering: About a third of 18- to 29-year-olds the Pew Research Center surveyed this year reported that they “often” get news from social media. Just 10 percent of people in that age group said they trust the national media “a lot,” the lowest proportion of any generation surveyed.
Joseph Uscinski, an associate professor at the University of Miami and a co-author of “American Conspiracy Theories,” said people convinced by conspiracy theories and fake news often approach the world with a conspiratorial mind-set, just as partisanship colors the way a Republican or a Democrat sees the world. Those predispositions are difficult to undo, but media literacy education could help combat them.

“Educators are part of that socialization,” Uscinski said. “They have a chance to make a difference. They have a chance to show kids that you should rely on lots of different data.”
Sam Wineburg, a professor of educational psychology at Stanford University and director of the Stanford History Education Group, said teachers are ill equipped to help students navigate the pitfalls of the modern information age.

The smartphone “has changed us,” Wineburg said, “and the only thing that’s going to determine whether we become its master or whether it gets the best of us will be our educational response. And right now, we are woefully behind the eight ball.”
Wineburg developed assessments to help teachers determine how good their students are at distinguishing mainstream news sources from fake news websites and at identifying sources that might have a political agenda, such as sponsored content. Many teachers reported that a large portion of their students could not make that distinction, painting a “bleak” picture of how students are managing the modern information landscape.
Even though it is not part of the standard curriculum in many places, individual educators are taking it upon themselves to build more lessons about consuming news. Once focused on lessons about navigating the stacks, librarians are now helping students navigate the Internet.

Courtney Walker, a media specialist in the library at Shorecrest Preparatory School in St. Petersburg, Fla., developed an entire lesson around made-up news. She had ninth-graders read articles on the Internet and identify if they came from real or fake news sources. Some of the links she included directed students to websites that are designed to look like mainstream news sources — lifting their logos and mimicking their Web addresses — but which peddle fake information. She co-taught the lesson with a history teacher, who opened the class by talking about what happened at Comet Ping Pong.
Some history teachers have taken a broader approach to steering their students away from misinformation. The Stanford History Education Group trains teachers in its “Reading Like a Historian” method. Instead of being drilled with facts, dates and historical figures, students read and listen to primary sources and interpret them. In the process, teachers help students evaluate a source’s veracity and bias.
“We use documents and we try to analyze biases in those documents and how to determine whether the document is objective or not,” said Dier, of Chalmette High. “What agenda might the author have? Why might he or she be using certain words? What’s the history of the people who wrote this?”

Dier urges his students to use the same approach when they read the news, and he challenges students who bring conspiracy theories into the classroom to check their sources and evaluate them with the same kind of scrutiny they give historical documents.
“I tell them those skills aren’t just applicable to history,” Dier said. “They certainly need to be applicable to the media.”

McCauslin, the Wilson High teacher, said Pizzagate provided its own frightening lesson for her students, many of whom live within blocks of Comet Ping Pong. Even though most of them had not heard of the false allegations ahead of the incident, she said it reinforces the importance of checking out sources and backing up claims with evidence.

“They’ve seen how detrimental this can be,” McCauslin said. “If there’s anything positive that can come out of it, it’s that my kids are starting to be a little more critical of the world around them instead of just taking it in like a zombie.”
Original Story: https://www.washingtonpost.com/local/education/after-comet-ping-pong-and-pizzagate-teachers-tackle-fake-news/2016/12/11/cc19d604-bd99-11e6-91ee-1adddfe36cbe_story.html